SINLESS SEX
A Challenge to Religions

Have you ever had a discussion of sex and religion and felt pulled apart internally? Have you ever wondered if you could be sexual and religious at the same time? Have you ever been put in the position where you had to choose between acting out sexually in a safe, fun and experimental way or being religious with your sexual activity limited to marriage and procreation? Have you ever felt spiritual, but not religious? In your religious tradition, if any, did you have positive sexuality education that helped you work through feelings about masturbation, homosexuality, pre-marital heterosexual sex, or safer sex techniques or were you told what you had to feel? 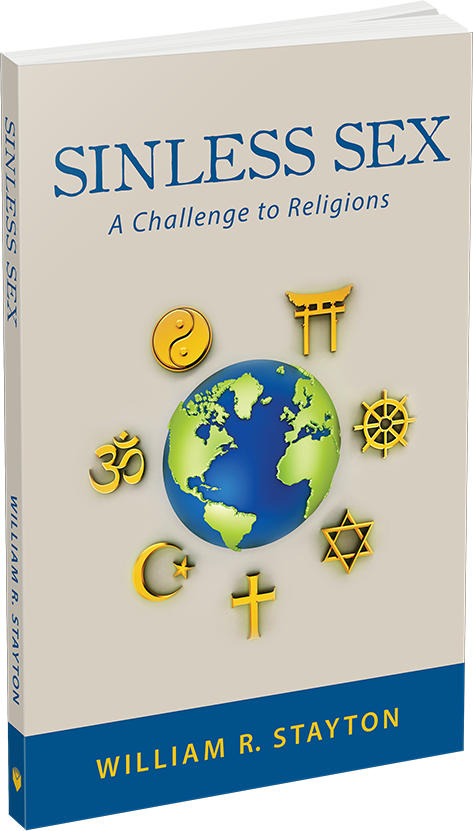 These are not new questions. Most of them have been asked in one way or another
from the beginning of modern religions. It is difficult to be in a conversation about sexuality without religion coming up or in a conversation about religion without sexuality coming up as a topic. The two go together, yet I am told over and over again by religionists, sexologists and lay people that the topic of sexuality and religion is irreconcilable. My experience, as both a sexologist and a theologian, is that theologians do not trust sexologists, sexologists are suspicious of theologians, and the lay public is totally confused about both fields. This book attempts to address the importance of reconciling these difficult, but important, areas of human experience.

It is the author’s belief that everyone is born both spiritual and sexual, but not religious. Many, however, feel the need to express their spirituality through religion.  Both spirituality and religion can be ways of finding the meaning of God or love in one’s life.

There are at least four historically new phenomena that challenge the core values of most religious institutions, especially in the United States. This book covers these challenging phenomena.

The object of this book is to impart useful science-based information about sexuality that will benefit the reader’s life and correct misinformation about scriptures and religion that the majority of persons from the Abrahamic religions (Judaism, Christianity, and Islam) have been brought up to believe. In view of my background as a minister, family and sex therapist, and professor of psychology and human sexuality, I believe that the themes of this book will be highly beneficial to many readers, especially those still bound by their past religious beliefs.

"Every person involved in organized religion should read this book. Stayton recounts the challenges and barriers that religious institutions have faced in addressing sexuality in a meaningful and helpful way. It's time for religious institutions to recognize that sexuality is a fundamental aspect of being human and is expressed in many diverse ways that need to be celebrated and affirmed."
Eli Coleman, PhD.
Academic Chair in Sexual Health, University of Minnesota Medical School
"I've waited forty years for Bill Stayton to write this amazing book. Based on his decades of work as a minister and sexologist, Bill powerfully brings together religion, spirituality, and sexuality. I have learned so much from Bill about how we are sexually and spiritually are connected - now let him teach you!"
The Rev. Dr. Debra W. Haffner
President Emerita, Religious Institute
"He’s a prophet of pleasure, born on Christmas Day, the best story-telling educator I’ve seen in action, and a gifted healer of those whose sexuality doesn’t fit the confines of Old Time Religion. When Bill Stayton and I met, I was a gay, recovering Catholic who found toxic any references to the Church. There was sexuality and religion, and never the twain shall meet. But, this Baptist pastor’s delight in all expressions of one’s sexual self, even those I had previously judged as unacceptable, made me a believer not in Church doctrine and authority, but rather in the inseparable link between the intimacy of self and the love of God."
Brian McNaught
Author, Corporate Trainer on LGBTQ Issues
"This was a wonderful read. Well written, easy to read, educational, and should be a must read for all people. We must learn more about our sexuality."
Joycelyn Elders, MS, MD
15th Surgeon General of the United States

Bill is an ordained minister in the American Baptist Churches of the U.S.A. He is also a licensed psychologist and AASECT certified sexuality educator and therapist. He is a retired Professor at both Widener University Center for Human Sexuality Studies in Chester, PA and the Department of Community Health and Preventive Medicine at Morehouse School of Medicine in Atlanta, GA.

Formerly, Bill was the Executive Director of the Center for Sexuality and Religion, an organization dedicated to facilitating dialogue between the field of sexology and various medical and religious systems. For 28 years, Bill was affiliated with the human sexuality program at the University of Pennsylvania. In 1998, the program moved from the University of Pennsylvania to Widener University in Chester, PA where he was Professor and Director of the graduate programs in Human Sexuality. During his ten years as Director, the program grew from a masters to a doctoral program in human sexuality. He also initiated dual degree programs with both Psychology and Social Work. He served on the National Advisory Council under the leadership of David Satcher, MD, PhD, 16th U.S. Surgeon General to advance the recommendations set forth in the Surgeon General’s “Call to Action to Promote Sexual Health and Responsible Sexual Behavior” and then joined the former Surgeon General in the Satcher Health Leadership Institute as Professor at Morehouse School of Medicine to establish an Endowed Chair in Sexuality and Religion. He is also an Adjunct faculty member in the Program on Human Sexuality and on the Advisory Committee at the University of Minnesota School of Medicine. In retirement, he teaches courses in the Bucknell University Institute for Lifelong Learning in Lewisburg, PA.

He is the author of over 70 journal articles and book chapters on sexuality, religion, theology, sexual orientation, and gender identity/expression. He has been a frequent guest on radio and television programs and has been involved in several documentaries on sexuality. Bill is a former President of the Board of Directors of the American Association of Sexuality Educators, Counselors and Therapists (AASECT) as well as a former Chairperson of the Board of Directors of the Sexuality Information and Education Council of the U.S. (SIECUS). He was Board Chair of Planned Parenthood of Southeastern PA from 2004-2006. He is on the faculty and Advisory Council of the Program in Human Sexuality at the University of Minnesota Medical School. He was also a member of the Board of Directors of the Georgia Campaign for Adolescent Power and Potential from 2011-2017, founded and chaired by Actress Jane Fonda.

Bill has been married with Kathy for 66 years. They have four children: Mark, John, Cheryl, and Paul; five grandsons and two step-granddaughters; and five great-grandchildren. Bill and Kathy split their time between two apartments in Northumberland, PA and Windsor, CA. 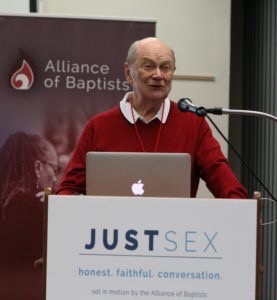 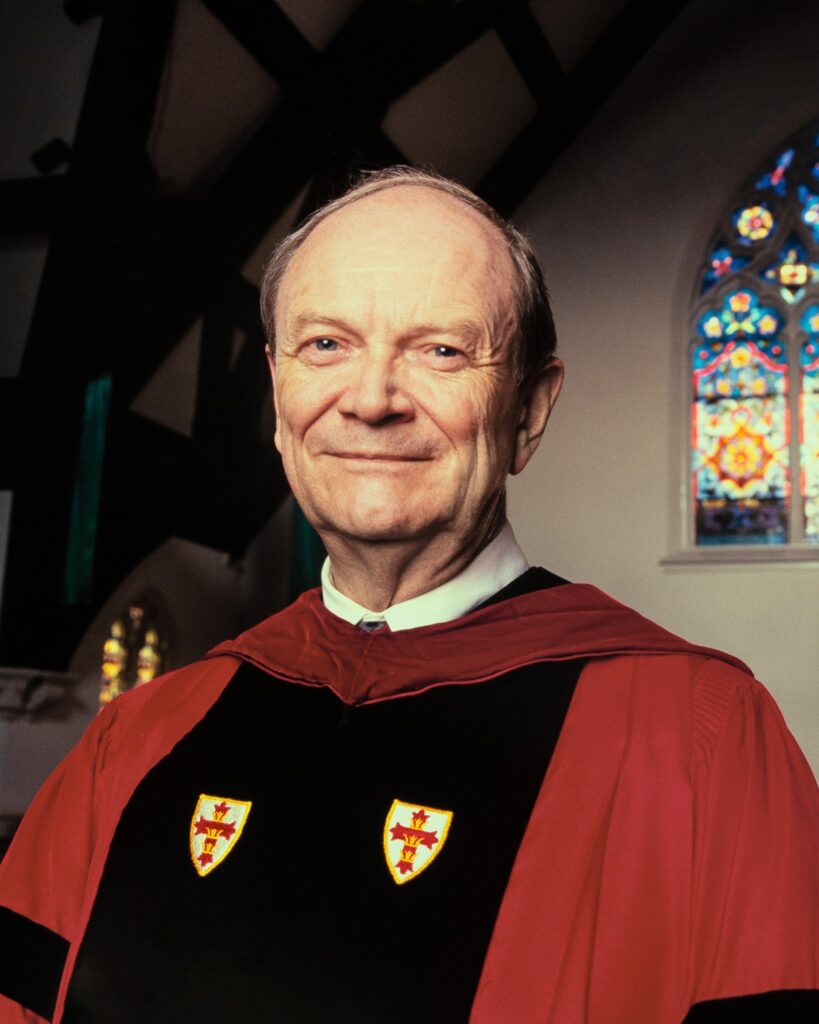 Explore therapist-guided videos for couples with different orientations to follow along to explicit intimacy exercises.